Our church originated in 1889 through the efforts of a small group of people who organized a Sunday School in the second floor Lodge Hall over a grocery store.  It was located at the southeast corner of 15th and Hardy. This little group prospered until the hard times era of 1892 when it had to disband.

It was not until 1905 that a permanent church organization was founded, to be known as Maywood Community Methodist Episcopal Church.  The Kansas City Missionary Society and the Grand Avenue Methodist Church helped purchase the last wood Bristol School building from the Jackson County School District #9 when the new brick Bristol School was built. The church moved the building across 15th street to the north side between Ralston and Hedges in 1906.

The first building was sold in 1913 and a private theater building at 20th & Sterling was bought and moved to a lot which had been purchased at the southwest corner of what is now Winner Road and Northern Blvd.

Under Rev. W.K. Chatten’s leadership (1917-1923) plans were made for a more modern structure as the old remodeled theater building was no longer adequate for such a large membership.

On June 21, 1921, the old building was moved to a temporary foundation on the south side of the 200’ lot and the excavation began.

The structure would be of Carthage Cut Stone.  The original plan for the church was for recreational facilities to serve the youth of the whole community as well as to serve the spiritual needs of the members.  It was to be a magnificent-looking building.  It would be on three levels and would have one or more fireplaces in each room.  There would be an eight-lane bowling alley, a theater, a gymnasium, a swimming pool, tennis courts, and a large sanctuary facing east with the main entrance on Northern.

The cornerstone of the new church was laid December 4, 1921.  The box which was set in the cornerstone contained a Bible, a Book of Discipline, a roster of members and officers, a list of those who were contributing to the building fund, copies of Christian Advocate, The Examiner, The Kansas City Star, and Englewood local items.

The north wing, two floors and the gym were completed and were dedicated on Easter Sunday, April 20, 1924.  Church services were held in the gymnasium.

There followed an uphill struggle to pay for the facility which was much too pretentious for a small moderate income group.  By faith and prayer, young and old alike worked hard to pay off the debt.  Their efforts were hampered by the failure of the Englewood Bank and the alleged absconding of funds by a former minister of several years back.  Next came the financial crash of 1929 on Wall Street and the drought and depression of the 1930’s.  A few staunch Christian families with strong faith and a will to do kept the church doors open.  It was a most trying time.

In February 1948, it was found that the church title could not be legally cleared until 20 years after default or all bonds bought up.  The need was felt that the title of the church must be cleared of a debt against it from the mother church in the east.  Therefore, legal steps were taken in 1948.  As a result, on September 1, 1949, a charter was granted (by pro forma decree) and a new church was incorporated to be known as Northern Boulevard Methodist Church.

Rev. Charles E. Sullens was our pastor at the time, and he expressed a desire to go up to worship instead of down, so the Junior Dept. on the upper level and the Sanctuary on the lower level just traded places.  This made necessary some extensive remodeling.  The men of the church did the work and thanks to Mrs. Levi Johnson for a large, last minute gift, they were able to complete the project, and the congregation moved in on September 12, 1948.

Initial planning for a new Sanctuary begun in 1954, and on November 8, 1959, the Northern Boulevard Methodist Church congregation realized a dream come true with a consecration ceremony of the new Sanctuary was held.

The cornerstone statistics remain the same from 1921 and a bronze plate was put over the plain cast side of the same cornerstone to give the necessary new date. 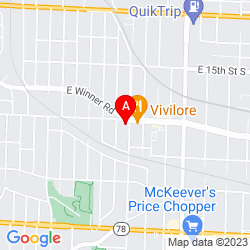